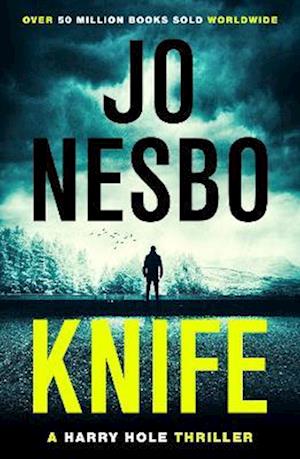 **THE No.1 SUNDAY TIMES BESTSELLER**'This is the king of Norwegian crime on top form' ObserverHARRY HOLE'S DEADLIEST ENEMY IS BACK... AND OUT FOR BLOOD Harry is in a bad place: Rakel has left him, he's working cold cases and notorious murderer Svein Finne is back on the streets. THE FIRST KILLER HARRY PUT BEHIND BARS IS OUT TO GET HIM. Harry is responsible for the many years Finne spent in prison but now he's free and ready to pick up where he left off. A MAN LIKE HARRY BETTER WATCH HIS BACK. When Harry wakes up with blood on his hands, and no memory of what he did the night before, he knows everything is only going to get worse... *JO NESBO HAS SOLD OVER 45 MILLION BOOKS WORLDWIDE*'Nesbo, sharp-witted as ever, keeps the complex, burnished narrative...a knife-edge... Nesbo remains the king of Scandinavian noir' Evening Standard

Forfattere
Bibliotekernes beskrivelse THE NO.1 SUNDAY TIMES BESTSELLER HARRY HOLE FACES A DEADLY FOE IN THE NEW THRILLER FROM SUNDAY TIMES NUMBER ONE BESTSELLER JO NESBO.'Nesbo is one of the best thriller writers on the planet' Daily ExpressHARRY HOLE IS ABOUT TO FACE HIS DARKEST CASE YET.