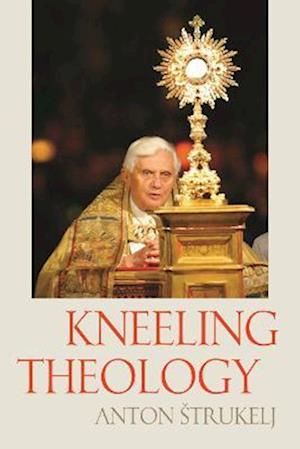 Anton Strukelj, in this English edition of his book Kneeling Theology, which was published in German, Italian, Polish, Russian and Slovenian, based his theme on the concept first developed by Hans Urs von Balthasar. This Swiss intellectual is considered one of the most important theologians of the 20th century. Strukelj sees as his task, through a synthetic survey of questions, to seek from his subjects a holistic perspective regarding the role of the theologian, without doing a critical analysis of all their work.Kneeling Theology analyzes the process and its consequences that gave rise to the religious and cultural developments of the past and the present. It is his thesis that the essence of theology should flow from holiness. He relies for his evidence on the life and work of Hans Urs von Balthasar (which included the insights of Adrienne von Speyr, physician and mystic), Cardinal Joseph Ratzinger (Pope Benedict XVI), the Slovenian theologian Anton Strle (now servant of God) and Anton Vovk, former Archbishop of Ljubljana, fearless witness of Christ and his Church, also servant of God.Strukelj's purpose with this book is to point out that Catholic theology is best served, not only by competent research and a thorough knowledge of Church tradition, but by theologians who approach their work prayerfully and on their knees. The rich theological and pastoral heritage that has been bequeathed to us by a small group of special people in this book has come about because of their scholarship and their holiness. They have, each in their own way, demonstrated what it means to do theology on their knees, and they have shared their scholarship and insights with us.