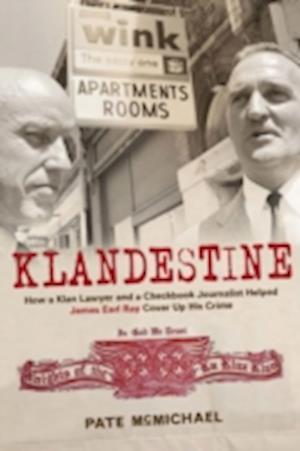 James Earl Ray, an escaped convict from Missouri, was punished for the assassination of Martin Luther King Jr. despite the fact that he did not fit the caricature of a hangdog racist thirsty for blood. The media has often portrayed him as hapless and apolitical, someone who must have been paid by clandestine forces, and it's a narrative that Ray himself put in motion upon his June 1968 arrest in London, then continued from jail until his death in 1998. Klandestine documents the evolution of Ray's alibi from 1968 to 1999—the year Dr. King's own family declared him an innocent man—yet argues that he was indeed motivated by racial hatred and did in fact pull the trigger. It closes the book on the conspiracy that Ray and his defense team created, which asserted that Raoul, a mysterious seaman with deep connections to the criminal grapevine, framed Ray as part of a complicated New Orleans--based conspiracy. Ray brought Raoul to life by forging a lucrative publishing partnership with two very strange bedfellows: a slick Klan lawyer named Arthur J. Hanes, the de facto 'Klonsel' for the United Klans of America, and checkbook journalist William Bradford Huie, the darling of Look magazine and a longtime menace of the KKK. Despite polar opposite views on race, Hanes and Huie found common cause in the lucrative world of conspiracy; together, they thought they could make Memphis the new Dallas. Told chronologically through Hanes and Huie's key perspectives, this unique vantage shows how a legacy of unpunished racial killings—combined with fevered interest in political assassinations—provided the perfect exigency to sell a reckless and lucrative conspiracy to a suspicious and outraged nation.