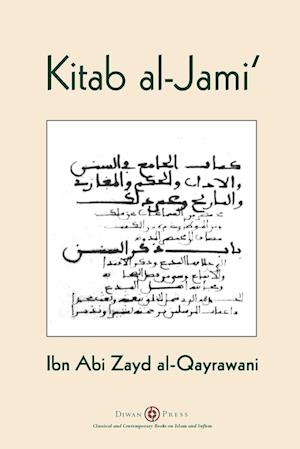 Kitab al-Jami' is a comprehensive work on miscellaneous matters, particularly from the tradition of Madina as transmitted by Imam Malik. It was originally a part of the author's Mukhtasar of the Mudawwana. although it became a work in its own right and there is evidence that the author also regarded it as such. There is an extensive treatment of 'aqida, an examination of the contentious subject of bid'a - innovation in the deen, an exposition of the relative merits of hadiths and 'amal - the practice of the People of Madina- and an outline of the sira of the Prophet, peace be upon him, as well as a large number of other matters.  A great deal of the book is on the noble qualities of character as exemplified by men and women who held to them under extreme political pressure, in both wealth and poverty.