Kisses on a Postcard

- A Tale of Wartime Childhood 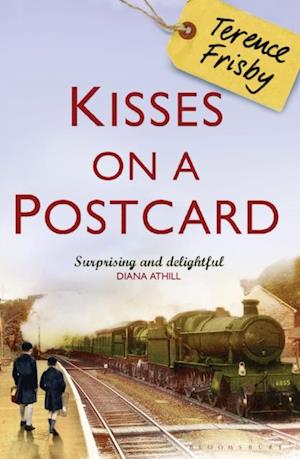 13th June, 1940. Carefully labelled, and each clutching a little brown suitcase, Terry, aged seven, and his elder brother Jack, eleven, stand amid the throng of chattering children which crowds the narrow platform at Welling station, awaiting the steam engine which will pull them and their fellow evacuees across the country towards their secret destination - and a new life... In the tiny Cornish backwater of Doublebois the brothers find they have swapped the newly built streets of suburban London for the joys of the countryside. The woods become their playground, tree-climbing, rabbit-catching and night-fishing their new pastimes. But it is the railway, above all, which delights them. The main London to Penzance line runs through a cutting right below the small community, the goods yard and siding lie a couple of hundred yards down the line: to the two young sons of a railway worker, No. 7 the Railway Cottages seems the perfect new home.And despite a not-always-friendly rivalry between local kids and the 'vackies', village life under the care of irreverent, Welsh ex-miner Uncle Jack and his generous wife Aunty Rose is idyllic. That is, until the bombing of nearby Plymouth and tragic news from the Front shatter the peace of Doublebois, a reminder of the brutal reality of a war which at times seems so far away.Warm-hearted and moving, Kisses on a Postcard is a vivid and intimate portrait of a forgotten part of our wartime history; a compelling and uplifting memoir of growing up in an extraordinary time.