- From Workplace to Artwork 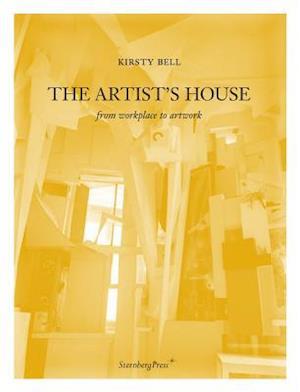 The artist's house is a prism through which to view not only the artistic practice of its inhabitant, but also to apprehend broader developments in sculpture and contemporary art in relation to domestic architecture and interior space. Based on a series of interviews and site visits with living artists about the role of their home in relation to their work, Kirsty Bell looks at the house as receptacle, vehicle, model, theater, or dream space. In-depth analyses of these contemporary examples--including Jorge Pardo, Miroslaw Balka, Danh Vo, Gregor Schneider, Frances Stark, Marc Camille Chaimowicz, Dominique Gonzalez-Foerster, Pawel Althamer, Mark Leckey, Monika Sosnowska, Gabriel Orozco, Rirkrit Tiravanija, and Andrea Zittel--are contextualized by key artists of the twentieth century such as Kurt Schwitters, Alice Neel, Edward Krasinski, Carlo Mollino, and Louise Bourgeois. A two-way flow from the domestic arena to the exhibition space becomes apparent, in which the everyday has a significant role to play in the merging of such developments as installation art, relational aesthetics, expanded collage, and performance art.