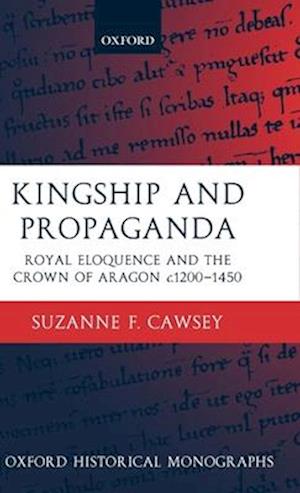 In the thirteenth and fourteenth centuries the Crown of Aragon was a rapidly expanding and powerful political unit with an original form of representative government. Throughout this period a series of energetic and talented rulers sought to maintain royal authority and govern their realms effectively. Their persuasive rhetoric, and that of their advisers, is preserved in the archives of the Crown of Aragon in Barcelona, which provide a rich and under-exploitedvein of source material for historians. There are long letters to their subjects, historical works, and the proceedings of the cortes, where the kings and queens perusaded their reluctant subjects to grant taxes and to support their decisions. Suzanne F. Cawsey examines the tradition of royal eloquence,thereby illuminating the nature of political discourse and persuasion in medieval Aragon and exploring the key ideas shared by the king and the political classes of the kingdom.

Forfattere
Bibliotekernes beskrivelse During the thirteenth and fourteenth centuries, the Crown of Aragon was a rapidly expanding and powerful political unit. Throughout this period, a series of rulers sought to maintain royal authority and to govern their realms effectively. This book examines the ways in which they used the art of rhetoric to uphold royal power. 2 maps, 3 figures