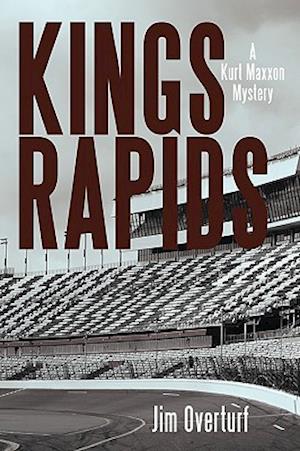 Race driver Kurt Maxxon's quiet life of racing stockcars and training his new puppy, Beau, is turned upside down after he finds well-known local driver Rusty Gallegar shot to death at the racetrack. Very quickly into the investigation, the police arrest Alisa Sharpe, Gallegar's live-in mistress, who Gallegar kicked out of his life a week before the shooting. According to the police, Alisa lied about key items, and the evidence against her is compelling. Kurt's friend Mutt Sparks adamantly maintains that Alisa is innocent, and asks Kurt to help her. Kurt visits Alisa in jail and agrees Sharpe is probably not the killer, then launches his own investigation to prove it. Kurt discovers Gallegar was preparing to sell his auto body shop and quietly leave town, apparently running away with a woman. Kurt also uncovers a string of women who traded sex with Gallegar for his silence to their husbands and insurance companies about auto wrecks they had. Secrets and intrigues turn up in every corner Kurt looks. Love, infidelity, jealousy, gossip, and revenge surround Kurt Maxxon as he analyzes information, using his unique logic and approach, to find out the answer to the question-Who killed Rusty Gallegar?