- Toward an Understanding of Consciousness 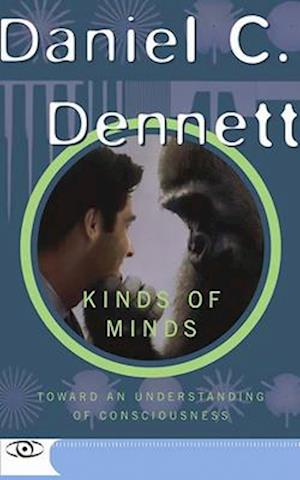 Combining ideas from philosophy, artificial intelligence, and neurobiology, Daniel Dennett leads the reader on a fascinating journey of inquiry, exploring such intriguing possibilities as: Can any of us really know what is going on in someone else's mind? What distinguishes the human mind from the minds of animals, especially those capable of complex behavior? If such animals, for instance, were magically given the power of language, would their communities evolve an intelligence as subtly discriminating as ours? Will robots, once they have been endowed with sensory systems like those that provide us with experience, ever exhibit the particular traits long thought to distinguish the human mind, including the ability to think about thinking? Dennett addresses these questions from an evolutionary perspective. Beginning with the macromolecules of DNA and RNA, the author shows how, step-by-step, animal life moved from the simple ability to respond to frequently recurring environmental conditions to much more powerful ways of beating the odds, ways of using patterns of past experience to predict the future in never-before-encountered situations. Whether talking about robots whose video-camera "eyes" give us the powerful illusion that "there is somebody in there" or asking us to consider whether spiders are just tiny robots mindlessly spinning their webs of elegant design, Dennett is a master at finding and posing questions sure to stimulate and even disturb.

Forfattere
Bibliotekernes beskrivelse Blending ideas from philosophy, artificial intelligence, and neurobiography, philosopher and cognitive scientist Daniel Dennett explains how, by figuring out how our minds work, we can learn more about ourselves and others. Informative and mind-expanding, yet easily accessible, Kinds of Minds is from one of the most important authors writing about consciousness today and a crucial addiction to the philosophical work that began with Descartes' theory "I think. therefore I am". Line drawings.