- Age, Gender, Class, and Ethnicity Give Meaning to Measures 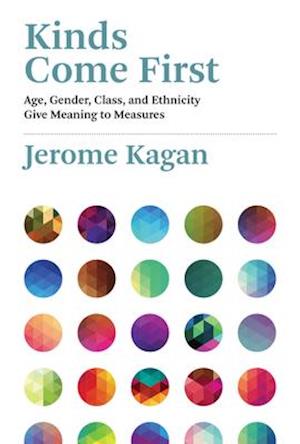 An argument that the meaning of a psychological or biological measure depends on the age, gender class, and ethnicity of the human subject.

In Kinds Come First, the distinguished psychologist Jerome Kagan argues that--contrary to the common assumption--age, gender, social class, and ethnicity affect the outcomes of psychological measures, and he questions the popular practice that uses statistical procedures to remove the effects of these categories to confirm a favored predictor-outcome relation. The idea that psychological measures have meanings that transcend the kinds of subjects, Kagan writes, reflects a premature hope of discovering broadly generalizable conclusions. In Kinds Come First, Kagan hopes to persuade investigators otherwise.

Kagan examines the unique properties of the four categories, making the case that life stage, gender, class, and ethnicity affect psychological measures in complex, nontrivial ways. He discusses the relevance of a person's developmental stage to many outcomes, focusing on the interval from five to twelve months, when working memory and the ability to relate the past to the present expands. He cites evidence suggesting that a person's gender, class of rearing, and ethnicity, within a particular society, are better predictors of health, arrest record, cognitive skills, and current life satisfaction than either their genomes or answers to a personality questionnaire.

Finally, Kagan argues, the biological properties that are more common in one gender, class, or ethnic group, are not a defensible basis for restricting access to an educational program, vocation, or position of authority. A society can ignore such differences in order to honor an ethical imperative for equality without incurring serious costs.