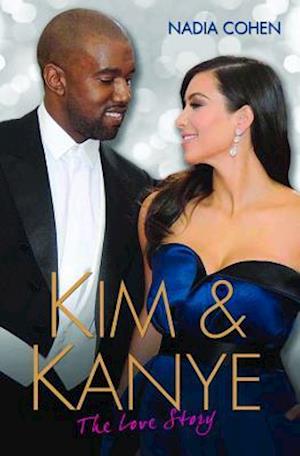 They have become known around the world as the ultimate pop-culture power couple. Favourites of the paparazzi, Kim Kardashian and Kanye West are both worth millions in their own right. She is the queen of reality TV and an all-around business mogul, he's a rapper, fashion designer and outspoken award show favourite. Together they are Kimye - glitzy, globetrotting icons and parents of one very stylish kid, North West. Without question they are the biggest news in entertainment today, making headlines around the world on a daily basis. America's 'other' first couple were friends before they hooked up, although Kanye admitted to holding a torch for Kim for years. They may have their share of haters, and Kim came under fire when she filed for divorce from Humphries less than three months after their wedding. But in a recent lavish Italian ceremony fit for royalty, she and Kanye tied the knot, cementing their superstar status once and for all. Nadia Cohen's brilliant, unauthorised biography traces the rise of Kimye, the world's most glamorous couple.

Forfattere
Bibliotekernes beskrivelse Kim Kardashian and Kanye West. They have become the ultimate pop-culture power couple - the queen of reality TV and the hip-hop mogul. Together they are Kimye, and this is their unofficial biography.