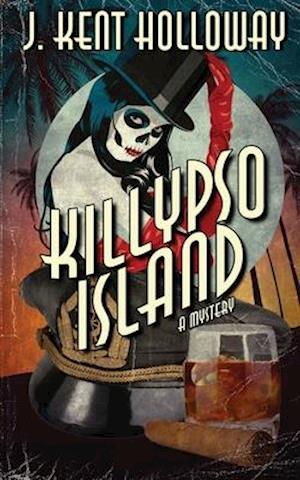 The Cold War is heating up in paradise...

"Captain Joe" Thacker didn't come to the tiny Caribbean island of St. Noel looking for trouble. Just the opposite, the former flying ace turned sometimes-smuggler wants nothing more than to while away his days, smoking hand-rolled Havana cigars and sipping rum as the melodic beat of calypso drums drift through the sultry air.

¿But trouble has a way of finding Captain Joe.

It begins when the local customs inspector decides, seemingly on a whim, to hassle him over a shipment of booze meant for Jacques "the Candyman" Lagrange--a popular local figure who runs the island's only candy store, and happens to be both a gangster and a voodoo priest. He's also the elder brother to the the island's despotic governor. The long-simmering rivalry between the Lagrange brothers is starting to boil over, making life on the island miserable and posing a serious threat to Captain Joe's livelihood. To make matters worse, three suspicious figures who just might be Russian spies show up and start nosing around.Then Joe is accused of murder.With some help from an eclectic bunch of island dwellers, Joe goes on the run and on the hunt for the real murderer. But St. Noel is a tiny island, and with the police, a horde of angry voodoo practitioners, and a trio of insidious KGB agents hot on his heels, Joe's biggest challenge will be staying alive long enough to clear his name.