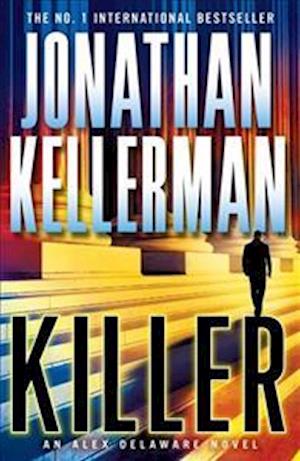 KILLER is a shocking thriller that unveils the darkest reaches of the human psyche. The novels of bestselling author Jonathan Kellerman, which include MOTIVE and BREAKDOWN, are must-reads for fans of Michael Connelly and Jeffrey Deaver. 'Kellerman kicks this one up to a whole new level' (RT Book Reviews)Well used to elevated emotions, psychologist Alex Delaware shrugs off a joking death threat from beautiful Beverly Hills physician Constance Sykes, whose attempt to secure legal custody of her baby niece is thwarted by Alex's forthright report to the court. Alex plays down the threat until LAPD's Milo Sturgis rushes to his side with the shocking word on the street that a hit's been taken out on him. But while Alex may be in grave danger, it won't be from the Beverley Hills doctor, for Connie is soon discovered brutally slain. When her sister Cherie and the baby disappear, apparently on the run, Alex's search for answers leads him to aged rockers, charming homeboys and even Machiavellian judges. As the darkest of secrets are peeled away, and a cruel system churns through family lives, Alex seeks to stop a vicious killer and save a child from a life of nightmares . . . or worse.