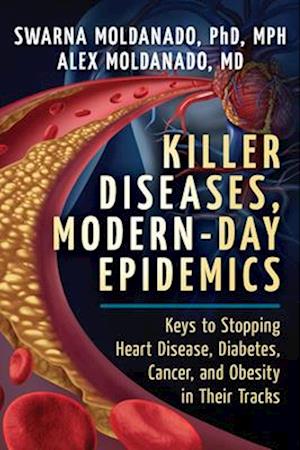 In the past 100 years, the average lifespan in the United States alone has increased by nearly thirty years. However, the years gained are being plagued by non-infectious, killer chronic diseases in epidemic proportions that are increasingly contributing to poor health and premature death in later years. Americans may be squandering the longevity they gained in the twentieth century by succumbing in the twenty-first century to these preventable, killer chronic diseases, largely attributable to dietary and lifestyle choices.

The prevalence of chronic diseases such as heart disease, type-2 diabetes, cancer, and obesity along with the steadily rising human and economic costs surrounding them have spurred research into the causes and risk factors of these diseases for several decades. Researchers have been able to establish evidence-based links between an increased risk for these chronic diseases and exposure to certain environmental, lifestyle, and genetic factors.

In this book, the authors explore the evidence-based connection between lifestyle choices and these killer chronic diseases, providing insight into choices that will hold the disease at bay and effective use of recommended preventative services for early detection and intervention.

Available evidence unequivocally points to the fact that chronic diseases strike people with a particular set of lifestyle choices more often than they affect others who do not make those choices. Adopting healthier choices at any age, and stage of disease progression has proportional benefits. This lifestyle-disease connection makes it possible to not only prevent a chronic disease from setting in but also to stop it in its tracks when detected early and sometimes even reverse it.

Finally, the case examples contributed by the authors bring to life the connection between a person's lifestyle choices, exposure to modifiable and nonmodifiable risks, and ultimately the development, progression, and outcome of a chronic disease based on lifestyle-related risk exposure.