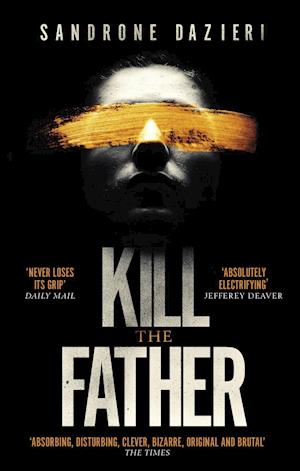 THE SUNDAY TIMES TOP TEN BESTSELLER The twisty and darkly compelling thriller, European bestseller and RICHARD & JUDY BOOKCLUB PICK that will keep you up all night.'The rock cast a sharp, dark shadow over a shape huddled on the ground. Please don't let it be the boy, Colomba thought. Her silent prayer didn't go unanswered. The corpse belonged to the mother.'Dante Torre spent eleven young years in captivity - held by a man known only as The Father - before outwitting his abductor. Now working for the police force, Torre's methods are unorthodox but his brilliance is clear. When a young child goes missing in similar circumstances in Rome, Torre must confront the demons of his past to attempt to solve the case. Paired with Deputy Captain Colomba Caselli, a fierce, warrior-like detective still reeling from having survived a bloody catastrophe, all evidence suggests The Father is active after being dormant for decades, and that he's looking forward to a reunion with Dante ... 'Introduces us to two of the most intriguing detectives to have emerged in recent years... Brutal and frighteningly realistic, it never loses its grip' Daily Mail '[a] fascinatingly complex thriller' i newspaper 'An intelligent thriller... very entertaining' Jake Kerridge, Sunday Express 'Undoubtedly a gripping read...a deliciously dark journey which provides a genuinely satisfying conclusion' Crime Scene 'Absolutely electrifying' Jeffery Deaver 'Police politics and military operations add to the complexity and interest of this unrelenting, adrenaline-fueled novel, with a final twist. Don't be surprised if Kill the Father becomes the next Big Thing in international crime fiction' Booklist 'Kill the Father is impeccable, from the build up of characters and place to the crisp narrative...Do not pass this one up; it's a terrific crime drama' Durango Telegraph 'A mind-bending, stunningly original page-turner' Jonathan Kellerman

Forfattere
Bibliotekernes beskrivelse The only one who can stop this killer is the one who got away ... 'Kill The Father is absorbing, disturbing, clever, bizarre, original and brutal. The outline of the plot is simple, its execution thrilling' The Times