Kierkegaard on Ethics and Religion

- From Either/or to Philosophical Fragments 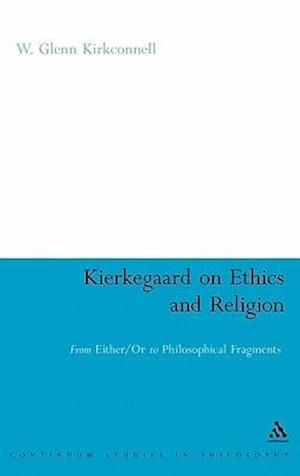 Sren Kierkegaard is simultaneously one of the most obscure philosophers of the Western world and one of the most influential. His writings have influenced atheists and faithful alike. Yet there is still widespread disagreement on many of the most important aspects of his thought. Kierkegaard was deliberately obscure in his writings, forcing the reader to interpret and reflect as Socrates did with incessant questioning. But at the same time that Kierkegaard was producing his esoteric, pseudonymous philosophical writings, he was also producing simpler, direct religious writings. Kierkegaard always claimed that he was, despite appearances, a religious writer. This important book accepts that claim and tests it. By using Kierkegaards direct writings as he suggests, as the key to understanding the more obscure, indirect works, W. Glenn Kirkconnell aims to develop a coherent understanding of Kierkegaards authorship and his theories.