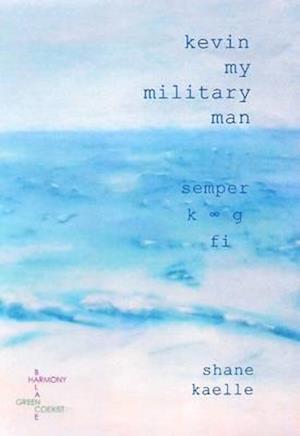 ..might have been entitled 'Kevin Military Man'. What then? The 1970's. The 21st Century. Military Romance. But much more. Intriguing. Complicated. They say that for each one of us on this planet that there are potentially 30,000 people with whom we might find a partner in life. But what about the concept of the SOULMATE ? Does it exist only in one's dreams or imagination ? They share but 5 words between them in high school but somehow, their eyes connect their souls. Five year later, they meet again, have a summer but Kevin enlists. Letters sustain their relationship but not indefinitely. The circumstances of life.. The distance.. Then -different directions.. Time goes by.. 17 years later, it is Gina's young adult sons who find the letters, the photos. Gina decides to search for Kevin online using 'buddyfinder' on the military.com website. -Chris watched as Will pulled out the photos without acknowledged permission that this was fine to do. Chris was curious. Will put the photos down and Chris picked them right up. "Is this Kevin ? Kevin from beach? Dana and Zeik's dad?" Chris asked his brother who was reading a letter. "It looks like it doesn't it?" Will said. "He and mom were friends ?"Chris asked trying to elicit more feedback. "I think that they were more than friends." Days later, their dad leaves to gather data in the Chesapeake Bay -the boys hand their mom the letters. -"It involved explaining to them the mindset of Marines. 'Marines are Marines'. There is mutual respect between 'Enlisted' and 'Officers'." A decision. shanekaelle com for excerpts. -"You are rather instinctive.Yes, all of that sense of loyalty and purpose did draw me to the Military.. I like knowing that people I am associated with have a 'code of ethics'. It's a brotherhood." -Donna defended herself. "I learn from fiction. Some of it's historical and other plots expose me to things that I would never experience." -"Why is that ?" her friend asked. "If your boyfriend is a looker, than you'll always feel insecure because there will always be girls chasing him," Gina said."You're rationalizing," Jeannie quickly replied but then added, "It is sort of true with Tim." They both laughed. ".. it reminded me that i used to call you my soulmate. you know i never said that about donna." Kevin hit enter. "you know i never said that about tim." Gina typed back. -Somehow, Kevin had found time to write her this note. A Shakespearean quote: 'Hear my soul speak; the very instant that I saw you, did my heart ..' ..Tim watched them parting from his window and saw Tav and Gina go off for a walk.He went into Gina's room and just sat on her bed. He noticed the paper under the pillow and didn't think before pulling it out to read it.His feelings had been getting stronger for Gina over time but Kevin – he was something.Tim had no idea how to compete with a guy like this. "And how did you explain when people behave inhuman ?" Kevin asked her .. 'Yep. I've had that conversation with my boys too.. It's even harder for me though. I'm in the business of war. We've had long discussions.." - "the research out there; it associates the practice of yoga with a decrease in depression, ADD, aggressive behavior.." "Marriage is like a continuous wavelength. Over time, the marriage is on the crest or the trough or somewhere in between heading up or heading down. And then the lull – the stall. People should really try and get through the rough water." Author's note: The United States Military – vast career path and educational opportunities. To develop Kevin's character, research was a must - references at the end. Well let me digress for one sentence: I returned to school as an adult to teach high school science to urban students when I learned that the drop out rate was 60+%. Many of these kids enlist. In some instances, courses can be taught while troops are deployed.Wouldn't that be great if it became the standard during low activity periods.