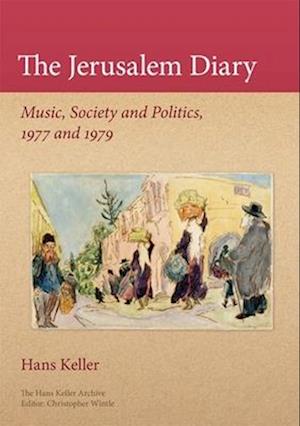 Hans Keller wrote the Jerusalem Diary in 1977 and 1979 during two visits to the Mishkenot Sha'ananim, a residence for writers and artists. As a senior figure at the BBC and as a shrewd and witty polymath steeped in music, sociology and psychoanalysis, he was better placed than most to record the artistic, social and political life of Israel at a crucial juncture in its history. The Diary, which he described as an `anti-journal', was in the first place a reaction to Saul Bellow's To Jerusalem and Back. But the result is far more than a topical riposte: at a time of renewed turbulence in the Middle East, with another dramatic shift in favour of the right-wing Likud party, it is as sharp and relevant now as it was then. Milein Cosman has selected her own, remarkable drawings.