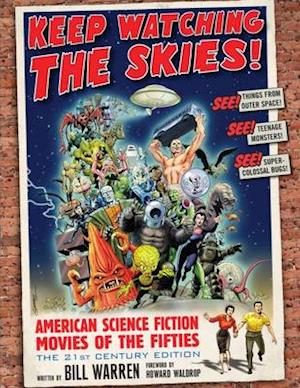 Bill Warren's Keep Watching the Skies was originally published in two volumes, in 1982 and 1986. It was then greatly expanded in what we called the 21st Century Edition, with new entries on several films and revisions and expansions of the commentary on every film. In addition to a detailed plot synopsis, full cast and credit listings, and an overview of the critical reception of each film, Warren delivers richly informative assessments of the films and a wealth of insights and anecdotes about their making. The book contains 273 photographs (many rare, 35 in color), has seven useful appendices, and concludes with an enormous index. This book is also available in hardcover format (ISBN 978-0-7864-4230-0).