- With the Introductory Essay 'Why I Write' 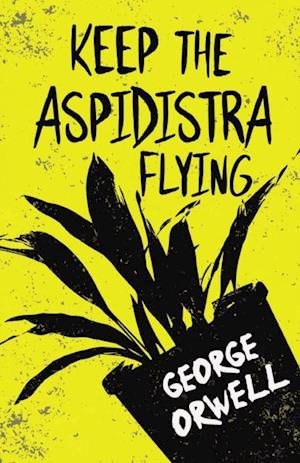 'Keep the Aspidistra Flying' is a 1936 novel by George Orwell. Set in London in the 1930s, it revolves around Gordon Comstock and his endeavour to diverge from the worship of money and status, which leads him to a life of mediocrity and unfulfillment. Brimming with Orwell's characteristic social criticism, this dark satire will resonate with anyone who has ever suffered from a lack of money or the need to make it, and it is not to be missed by fans of Orwell's seminal work. Eric Arthur Blair (1903-1950), more commonly known by his pen name George Orwell, was an English journalist, essayist, critic, and novelist most famous for his novel 'Nineteen Eighty-Four' (1949) and allegorical novella 'Animal Farm' (1945). His work is characterised by an opposition to totalitarianism and biting social commentary, and remains influential in popular culture today. Many of his neologisms have forever entered the English language, including 'Thought Police', 'Big Brother', 'Room 101', 'doublethink', 'thoughtcrime', and 'Newspeak' to name but a few. Other notable works by this author include: 'Burmese Days' (1934) and 'Coming Up for Air' (1939). Read & Co. Classics is proudly republishing this vintage novel now in a new edition complete with the introductory essay 'Why I Write'.