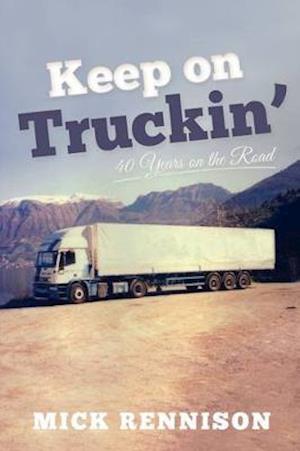 Did the 'Good Old Days' ever really exist? Mick Rennison is not so sure. After miraculously passing his test in an Atkinson Borderer way back in 1974, Mick drove in the days when crooks and con men seemed to run the haulage industry. And Mick worked for most of them! Earning crap wages from arrogant bosses with the constant threat of your P45 hanging over your head, he learned his trade through trial and error - many trials and lots of errors. His career took him all over Europe and Scandinavia taking musical shows to Norway, JCBs to Greece and supermarket deliveries down to Gibraltar. Driving for a variety of firms he double manned trucks with his wife Jo for nearly 10 years. Along the way he has been blown over in high winds, outwitted hijackers and held hostage by striking Spanish drivers. Now living on a narrow boat on the Grand Union Canal, Mick is approaching retirement and reflects on his varied career. With humour and not a little sarcasm, he concludes that as good as those days were he certainly wouldn't want to go back.