- A Primary Source Reader, Volume One: The Colonial Era 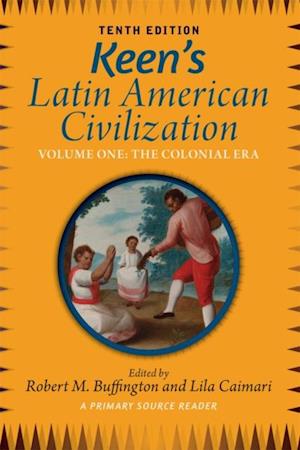 The tenth edition of Keen's Latin American Civilization inaugurates a new era in the history of this classic anthology by dividing it into two volumes. This first volume retains most of the colonial period sources from the ninth edition but with some significant additions including two new sets of images (representations of Brazilian cannibals and 'casta paintings' of mixed race families), an alternative conquest narrative, two new readings on imperial governance, and three new readings on gender and sexuality, including selections from the autobiography of a Spanish nun who took on a male persona to fight as a soldier in the American colonies. The 88 excerpts in volume one provides foundational and often riveting first-hand accounts of life in colonial Latin America. Concise introductions for chapters and excerpts provide essential context for understanding the primary sources.