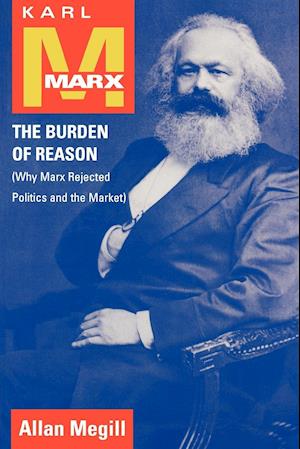 Why did Karl Marx want to exclude politics and the market from his vision of a future socialism? In Karl Marx: The Burden of Reason, Allan Megill begins with this question. Megill's examination of Marx's formative writings casts new light on Marx's relation to philosophy and reveals a hitherto largely unknown 'rationalist' Marx. In demonstrating how Marx's rationalism permeated his attempts to understand politics, economics, and history generally, Megill forces the reader to rethink Marx's entire intellectual project. While Megill writes as an intellectual historian and historian of philosophy, his highly original redescription of the Marxian enterprise has important implications for how we think about the usability of Marx's work today. Karl Marx: The Burden of Reason will be of interest to those who wish to reflect on the fate of Marxism during the era of Soviet Communism. It will also be of interest to those who wish to discern what is living and what is dead, what is adequate and what requires replacement or supplementation, in the work of a figure who, in spite of everything, remains one of the greatest philosophers and social scientists of the modern world.