Kanye West Before the Legend: The Rise of Kanye West and the Chicago Rap & R&B Scene - The Early Years 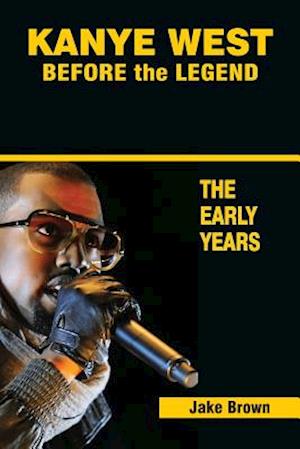 Author Jake Brown breaks it all down. In Kanye West Before the Legend: The Rise of Kanye West and the Chicago Rap and R&B Scene - The Early Years, we will uncover the method behind this genius's multi-platinum madness, from Jay Z's 'The Blueprint', through 'College Drop Out' and 'Late Registration', and beyond. His beloved Chicago Times certainly felt that was the case in late 2003 when they predicted that "West is indeed really putting it down, and the answer to his question of 'what if ' is that he seems destined to become hip-hop's next multi-platinum superstar. "I said this is something that is going to be around forever and will be hailed as the curve of where music should be. Imagine seeing a person who everybody said couldn't rap and going up and telling somebody t hat. They are going to say, 'This dude is crazy." "Now, one year later that crazy one is a genius, but genius is crazy in itself. I always say you have to be a little postal to push the envelope...I'm getting away with things that you're not supposed to be able to get away with in a record...I'm a representation of real people. I speak for what everyday people go through. I'm like a class clown too. I compare my style a lot to Dave Chappelle, but I bring up really serious issues that I might cover up with a joke so that we laugh to keep from crying. I'm the closest that hip-hop is getting to God. In some situations. I'm like a ghetto Pope." - Kanye West