Kant's Groundwork for the Metaphysics of Morals 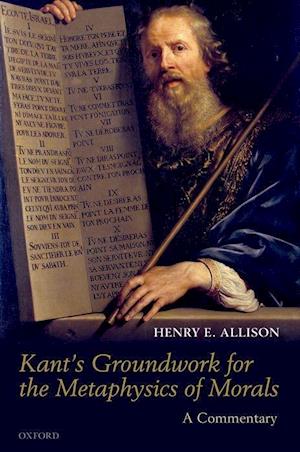 Henry E. Allison presents a comprehensive commentary on Kant's Groundwork for the Metaphysics of Morals (1785). It differs from most recent commentaries in paying special attention to the structure of the work, the historical context in which it was written, and the views to which Kant was responding. Allison argues that, despite its relative brevity, the Groundwork is the single most important work in modern moral philosophy and that itssignificance lies mainly in two closely related factors. The first is that it is here that Kant first articulates his revolutionary principle of the autonomy of the will, that is, the paradoxical thesis that moral requirements (duties) are self-imposed and that it is only in virtue of this that they can be unconditionallybinding. The second is that for Kant all other moral theories are united by the assumption that the ground of moral requirements must be located in some object of the will (the good) rather than the will itself, which Kant terms heteronomy. Accordingly, what from the standpoint of previous moral theories was seen as a fundamental conflict between various views of the good is reconceived by Kant as a family quarrel between various forms of heteronomy, none of which are capable of accountingfor the unconditionally binding nature of morality. Allison goes on to argue that Kant expresses this incapacity by claiming that the various forms of heteronomy unavoidably reduce the categorical to a merely hypothetical imperative.