- A Developmental and Critical Analysis 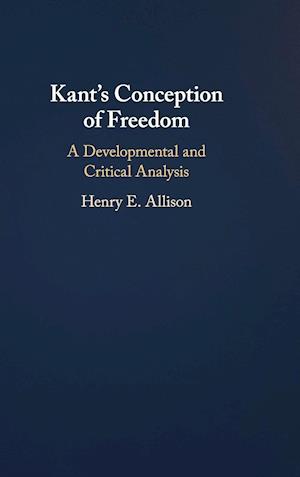 Although a good deal has been written about Kant's conception of free will in recent years, there has been no serious attempt to examine in detail the development of his views on the topic. This book endeavours to remedy the situation by tracing Kant's thoughts on free will from his earliest discussions of it in the 1750s through to his last accounts in the 1790s. This developmental approach is of interest for at least two reasons. First, it shows that the path that led Kant to view freedom as a transcendental power that is both radically distinct from and compatible with the causality of nature was a winding one. Second, it indicates that, despite the variety of views of free will that Kant held at various times, the concept occupied a central place in his thought, because it was the point of union between his theoretical and practical philosophy.

Forfattere
Bibliotekernes beskrivelse This volume traces the development of Kant's views on free will from his earliest discussions of it in the 1750s through to his last accounts in the 1790s, and shows how central the concept of freedom is both to his theoretical and practical philosophy.