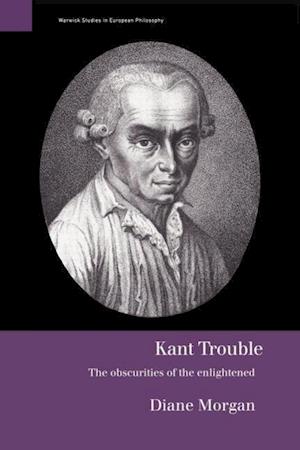 Kant Trouble offers a highly original and incisive reading of some of the lesser known aspects of Kantian thought. Throughout Morgan challenges the widely held view of Kant as the exponent of concrete and rigid rationality and argues that his airtight 'architectonic' mode of reasoning overlooks certain topics which destabilise it. These include temporary forms of architecture, such as landscape gardening; examples which undermine the autonomy of the Kantian subject, for example, freemasonry; and the concept of radical evil, all of which suggest that Kant's thought was capable of accommodating troubling and subversive themes. Morgan's compelling discussion arrives at a fresh and ground breaking perspective on Kant whereby he is no longer to be regarded as a concrete rationalist, but as a daring thinker, not afraid to entertain ideas highly threatening to his own system and to the humanistic legacy of the enlightenment.