- 2 books in 1 : A Complete Guide to Learn the Fundamentals of Cyber Security, Hacking and Penetration Testing 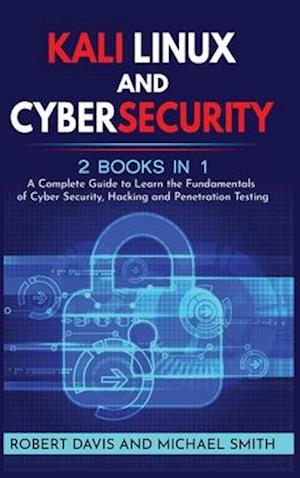 Linux is an open source, as a result of which tool developers get an extra advantage.

Are you interested to learn about an operating system which is not only transparent but also can be manipulated in as many ways as possible? Read On to get well aware of one such OS, which is nothing but Linux.

Due to its flexibility, most of the cybersecurity tools are written to run on Linux. Cybersecurity is the protection of every system which is connected through the internet, from any kind of cyber-attack.

This can include software, hardware and data. In computing terms, security is not only cybersecurity but also physical security. Both these mechanisms are used to safeguard against any kind of unauthorized access to computerized systems and data centers.

Any kind of information security which is designed to look after the integrity, confidentiality and availability of the data comes under cybersecurity.

Linux is the OS which is used on most of the network devices as well as the security appliances like the routers, next-generation firewall devices, firewalls, virtual private network, unified threat management gateways, intrusion protection systems, intrusion detection systems, security information and event management appliances, wireless access point and a lot more. Also, to collect any kind of security-related data from all these devices or perform any kind of security hardening, Linux has to be understood.

The goal of the eBook is simple: The eBook is a very good guide to know about the basics of Linux as well as its application in cybersecurity.

You will also learn: