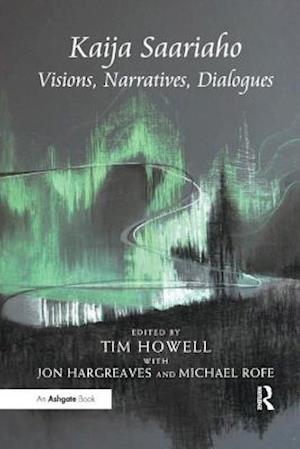 Kaija Saariaho is internationally recognized as a leading figure in contemporary music, enjoying a well-deserved reputation for works that are both creatively original and of considerable appeal. Her music communicates with a refreshingly broad audience, and this special achievement deserves careful consideration. In the first symposium book in English to be dedicated exclusively to this single figure, scholars from both the UK and Saariaho's native Finland bring a range of perspectives to her richly varied output. Uncovering the compositional, historical, cultural and sociological issues that have resulted in such critical acclaim lies at the heart of this collection of essays. Saariaho's approach to composition is an interdisciplinary one; it embraces a number of art forms - visual, literary and musical - in works that explore a creative dialogue between image, continuity and time. While such diversity is readily accommodated in a multi-authored collection, the consistency of an underlying compositional identity and integrity is also an important trait. The grouping of these essays into three strands - 'visions', 'narratives' and 'dialogues' - reflects the wide range of Saariaho's creative preoccupations while subscribing to a carefully structured succession of commentaries.