Kabbalah and the Spiritual Quest 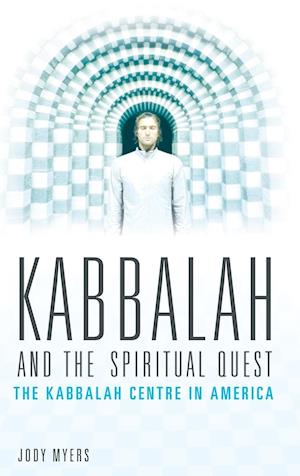 Dressing entirely in white is normal practice on a five-block stretch of Robertson Boulevard in West Los Angeles. Western men and women, garbed in white from their turbans to their Keds, traverse the busy streets surrounding the Sikh Temple. Further north, you have to wait until Friday afternoon to see white-clad young men in yarmulkes gathering outside the Kabbalah Learning Centre greeting each other with hugs, the spaces around them filled with women and children wearing multi-colored garments. Beyond this city street, one hears of the popularity of Kabbalah in the tabloids, as celebrities such as Madonna claim Kabbalah as their new religion. How have the obscure and offensive ideas of medieval Jewish mysticism, expressed in doctrines like the demonic power of women's menstrual blood or the soulless bodies of Gentiles, been made palatable for so many from all stripes of life?With KLCs in cities such as Boca Raton, New York, Los Angeles, Boston, Miami, Philadelphia, San Diego, Houston, and Las Vegas, the reach of this mystical tradition can be said to be nationwide. But how did its beliefs and practices become as fashionable as they are now? What do the KLCs teach so that adherents stay on? Is it a cult, a religion, or simply a system of universal wisdom as its leaders purport? Determined to uncover the secrets of this esoteric faith, the author embarked upon three 10-week Kabbalah classes among other learning opportunities, examined Kabbalah publications from the 1970s to the present, listened to KLC audio tapes, and interacted with adherents. This book presents her experiences and findings, and offers an overview of the history of the Kabbalah in this country, its beliefs and practices, its positions on health and healing of both the self and the world, its structure and outreach, and its views of men and women. She traces the origins of Kabbalah, offers a glimpse into its world, its relationships to Judaism, its place in American society, and its future.