- Dar Oakley in the Ruin of Ymr (Reprint) 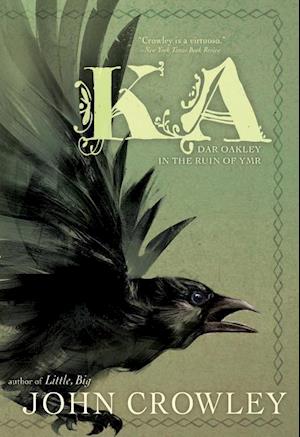 "Ka is a beautiful, often dreamlike late masterpiece." --Los Angeles Times "One of our country's absolutely finest novelists." --Peter Straub, New York Times bestselling author of Interior Darkness and Ghost Story From award-winning author John Crowley comes an exquisite fantasy novel about a man who tells the story of a crow named Dar Oakley and his impossible lives and deaths in the land of Ka. A Crow alone is no Crow. Dar Oakley--the first Crow in all of history with a name of his own--was born two thousand years ago. When a man learns his language, Dar finally gets the chance to tell his story. He begins his tale as a young man, and how he went down to the human underworld and got hold of the immortality meant for humans, long before Julius Caesar came into the Celtic lands; how he sailed West to America with the Irish monks searching for the Paradise of the Saints; and how he continuously went down into the land of the dead and returned. Through his adventures in Ka, the realm of Crows, and around the world, he found secrets that could change the humans' entire way of life--and now may be the time to finally reveal them.