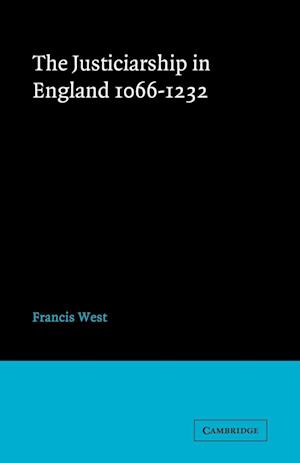 At the height of his power and influence the justiciar was the king's chief political and judicial officer, superintending the administrative machinery and acting as regent in the king's absence abroad. He was also a feudal lord or bishop; and the study of the careers of the chief justiciars, as soldiers and politicians, judges and financiers, throws light on the workings of feudal society and on the technical administrative means by which royal power was effectively exercised. Dr West traces the history of the office from the first need for the delegation of royal power under William 1 until the Anglo-Norman dominion broke up and government became too complicated. As an administrative post it attained its greatest importance in the formative periods of administrative development under Henry 1 and later under Henry 11. Unlike the offices of sheriff and chancellor the justiciarship has never been systematically examined. Dr West's book is a pioneer account of the most important office under the king and an examination of a central theme of English constitutional and administrative history.