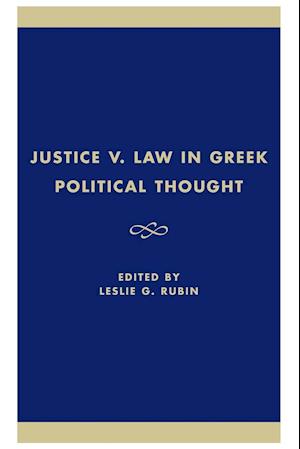 Do we believe the law good because it is just, or is it just because we think it is good? This collection of essays addresses the relationship of justice to law through the works of Homer, Herodotus, Plato, Aristotle, Sophocles and the Islamic thinker al Farabi. The issues explored include the foundations of our understanding of justice; the foundation of authority of law; the relative merits of the rule of law versus the authority of a wise and just king; the uneasy relationship between particular laws and the general notion of justice (equity); various aspects of justice (reciprocity, proportionality) and their application in law; and the necessity of the rule of law to the goodness and success of a political order. The distinguished contributors often make explicit comparisons to modern situations and contemporary debates. This book will be valuable for those interested in classical political theory, political philosophy, and law.