Justice to Future Generations and the Environment 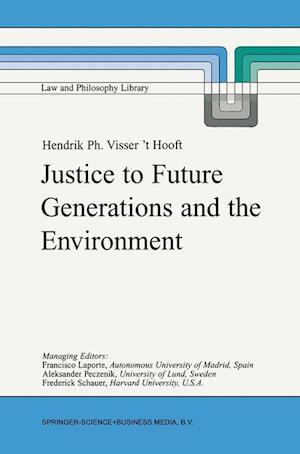 The analysis of justice between generations proposed in this book is based first of all on a critical reading of Rawls' theory of justice, but it also pays attention to the existential and cultural context of our intuitions about intergenerational equity. Although the desire for justice supplies an independent reason for action, the unprecedented character of the context in which that reason must operate necessarily raises the question of its psychological support: we want justice for future people, but what interest do we have in their welfare in the first place? I have tried to capture this double orientation by making use of Thomas Nagel's conceptual dichotomy between the objective, detached point of view, and the subjective (in our case: the cuturally and historically situated) perspective. There is, on the one hand, a desire for justice that tends towards the definition of transhistorical standards, detached from the particular values ofthe time and place; there is, on the other hand, a motivational background that is tied to our present position in history, and nourished by the values we presently believe in. I have attempted to bridge the gap between the one and the other dimension by different conceptual avenues, the principal one being a time-related interpretation of Rawls' concept of equal liberty: justice wants us to maintain the worth of liberty over time by perpetuating the conditions of its meaningful exercise.