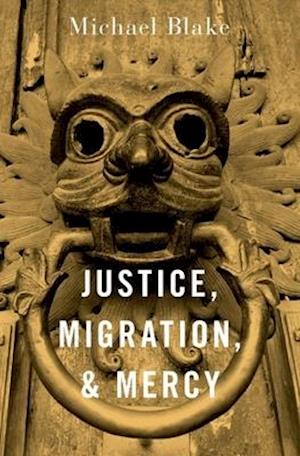 Political controversy about migration is becoming more frequent, more heated, and for certain groups, decidedly more urgent. This raises pressing questions not only in the realms of policy-making and public discourse, but also for philosophical accounts of migration. Do liberal states have the right to exclude unwanted outsiders, or should all borders be open? How should we begin to theorize the morality of refugee and asylum policy? If states can exclude unwantedoutsiders, what ethical principles govern the determination of who gets in? Justice, Migration, and Mercy offers a way in which these questions might be answered by providing a vision of how we can understand the political morality of migration. Michael Blake offers a novel, and plausible, account of the right to exclude on which that right is grounded on a more fundamental right to avoid unwanted forms of political relationship. Far from simply justifying exclusion, however, Blake examines the best justifications for exclusion in an effort to determine itslimits. In doing so, he challenges the current global realities of migration which ensure open borders for a select few and closed borders for the majority, most often the most marginalized in society. His account sheds light on more specific questions of justice in migration, such as the permissibility oftravel bans and carrier sanctions. He also offers a particular vision about how to go beyond questions of right and liberal justice, towards a declaration of the sort of community we wish to be. Blake then identifies the moral notion of mercy as a central one for the moral analysis of migration, a move which leads to the conclusion that we ought to show mercy and justice in constructing migration policy as well as in public debate.