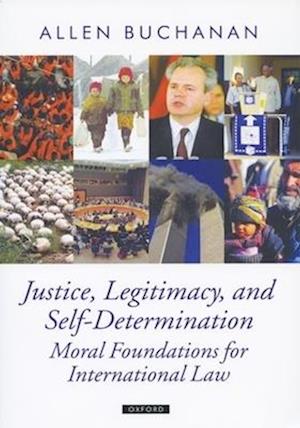 How are law and morality connected, how do they interact, and in what ways are they distinct? In Part I of this book, Matthew Kramer argues that moral principles can enter into the law of any jurisdiction. He contends that legal officials can invoke moral principles as laws for resolving disputes, and that they can also invoke them as threshold tests which ordinary laws must satisfy. In opposition to many other theorists, Kramer argues that these functions of moral principles are consistent with all the essential characteristics of any legal system.Part II reaffirms the legal positivist argument that law and morality are separable, arguing against the position of natural-law theory, which portrays legal requirements as a species of moral requirements. Kramer contends that even though the existence of a legal system in any sizeable society is essential for the realization of fundamental moral values, law is not inherently moral either in its effects or in its motivational underpinnings.In the final part, Kramer contests the widespread view that people whose conduct is meticulously careful cannot be held morally responsible for harmful effects of their actions. Through this argument, he reveals that fault-independent liability is present even more prominently in morality than in the law.Through a variety of arguments, Where Law and Morality Meet highlights both some surprising affinities and some striking divergences between morality and law.This book articulates a systematic vision of an international legal system grounded in the commitment to justice for all persons. It provides a probing exploration of the moral issues involved in disputes about secession, ethno-national conflict, 'the right of self-determination of peoples,' human rights, and the legitimacy of the international legal system itself. Buchanan advances vigorous criticisms of the central dogmas of international relations andinternational law, arguing that the international legal system should make justice, not simply peace, among states a primary goal, and rejecting the view that it is permissible for a state to conduct its foreign policies exclusively according to what is in the 'the national interest'. He also shows that the onlyalternatives are not rigid adherence to existing international law or lawless chaos in which the world's one superpower pursues its own interests without constraints. This book not only criticizes the existing international legal order, but also offers morally defensible and practicable principles for reforming it. Justice, Legitimacy, and Self-Determination will find a broad readership in political science, international law, and political philosophy. Oxford Political Theory presents the best new work in political theory. It is intended to be broad in scope, including original contributions to political philosophy and also work in applied political theory. The series contains works of outstanding quality with no restrictions as to approach or subject matter. Series Editors: Will Kymlicka, David Miller, and Alan Ryan

Forfattere
Bibliotekernes beskrivelse How are law and morality connected, how do they interact, and in what ways are they distinct? This work argues that moral principles can enter into the law of any jurisdiction, yet reaffirms the argument that law and morality are separable. Through a variety of discussions, it highlights affinities and divergences between morality and law.This is the most systematic moral theory of international law available. Allen Buchanan offers principled and realistic proposals for how international law s