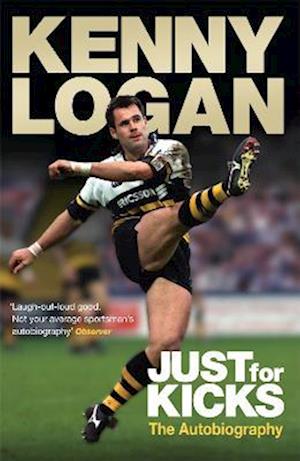 Shortlisted for Best Autobiography and Best Rugby Book in the British Sports Book Awards. Kenny Logan's riveting story is one full of surprises. A Scottish rugby star, with 70 caps for his country, and a club legend at Wasps, winner of three Premiership titles and a glorious Heineken Cup, Kenny could not read or write until he was in his thirties. Born into a farming community in rural Scotland, Kenny struggled at school and only confronted his dyslexia on meeting his wife, Gabby. Further challenges followed as they suffered gruelling IVF treatment. Always entertaining, with a twinkle in his eye, Kenny is not one to wallow in misfortune. The difficulties in his life have been interspersed by many a cheeky grin. Now a national heartthrob, after wowing millions on Strictly Come Dancing, Kenny's story is one of sporting glory, passion, sincerity, tragedy, and a lot of laughter.