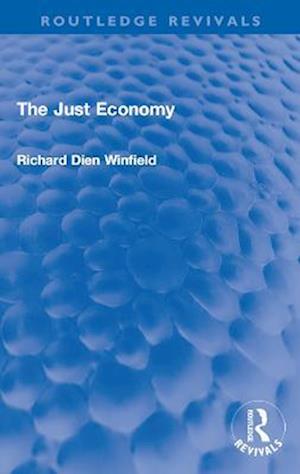 First Published in 1988, Richard Dien Winfield's The Just Economy investigates what the economy should be, undertaking a normative inquiry ignored by contemporary economists. Drawing upon Hegel's Philosophy of Right, Winfield's book shows how justice lies in self-determination, how the economy can realize social freedom, and how economic relations must be regulated to uphold family welfare, equal economic opportunity, and political autonomy. Exposing the pitfalls in past attempts to conceive economic justice, including those of ancient Greek philosophers, social contract thinkers, the classical political economists, and Marx, The Just Economy settles the controversy between capitalism, socialism, and communism. It is crucial reading for thinkers and citizens the world over.