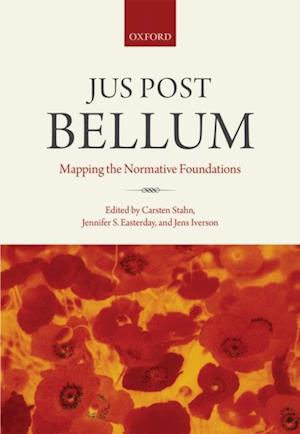 This is an open access title available under the terms of a CC BY-NC-ND 4.0 licence. It is free to read at Oxford Scholarship Online and offered as a free PDF download from OUP and selected open access locations. The successful transition from armed conflict to peace is one of the greatest challenges of contemporary warfare. The laws and principles governing transitions from conflict to peace (jus post bellum) have only recently gained attention in legal scholarship. There are three key questions concerning the core of jus post bellum: the law ('jus'), the temporal aspect ('post'), and different types of armed conflict ('bellum') involved. This book exploresthe different legal meanings and components of the concept, including its implications in contemporary politics and practice. The book provides a detailed understanding of the development and nature of jus post bellum as a concept, including its foundations, criticisms, and relationship to related concepts (such as transitional justice, and the responsibility to protect). It investigates the relationship of the concept to jus ad bellum and jus in bello, and its relevance in internal armed conflicts and peacebuilding. There are significant problems brought about in relation to the ending ofconflict, including indicators for the end of conflict, exit strategies, and institutional responses, which are also assessed. The book identifies the key components of a 'jus', drawing on disparate bodies and sources of international law such as peace agreements, treaty law, self-determination, norms governing peaceoperations and the status of foreign armed forces, environmental law, human rights, and amnesty law. Taking into account perspectives from multiple disciplines, the book is important reading for scholars, practitioners, and students across many fields, including peace and conflict studies, international relations, and international humanitarian law.