Jurisprudence in an African Context 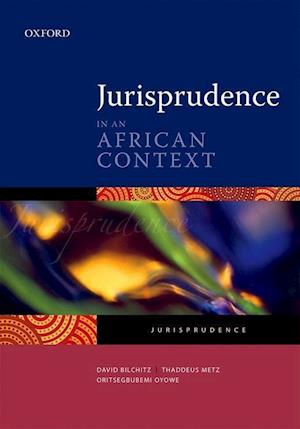 Jurisprudence in an African Context is devoted to the philosophy of law, in a way that engages earnestly with African thought and the African context. The text features primary texts by leading African intellectuals, putting these into critical dialogue with Western theorists. It addresses core jurisprudential topics, such as the nature and functions of law, the manner in which judges do and should interpret the law, theories of distributive justice, and accounts ofcivil and criminal justice. These abstract philosophical issues are considered in the context of salient controversies on the African continent, including: how cultural norms should influence judicial interpretation, who is obligated to fight poverty, how to effect land reform, whether to respondpunitively to crimes against humanity, and, more broadly, how traditional values might inform contemporary thought and practice. Texts and topics are expounded and evaluated in a clear, accessible manner, and related questions guide readers to actively engage and respond. Jurisprudence in an African Context is suited as core material for courses in jurisprudence (including both legal and political philosophy), and may be of interest to scholars who wish to engage with African thought about themaking, interpretation and enforcement of law.