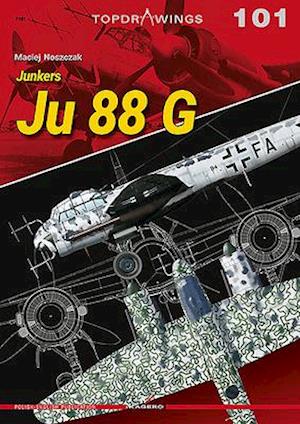 Junkers Ju 88 was an extremely versatile and universal bomber. Among its many variants, there were also night versions. Initially, all Ju 88 night fighter versions were based on Ju 88 A frames, in which various specialized equipment was assembled. The situation changed after the introduction of the Ju 88 G, which from the very beginning was designed as a night fighter. The fuselage of the aircraft was deprived of the lower gondola under the nose, which reduced the weight of the aircraft and improved its aerodynamics. Another visual change was the use of a square-shaped vertical stabilizer and a rudder, which was taken from Ju 188.