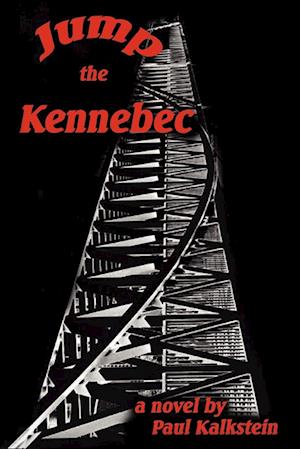 Why do people jump from bridges? The hero of Jump the Kennebec, a young teacher named Jeremy Fischer, confronts this question as he gradually wakes to the horrible realization that his family history of mental illness has begun to show in him. His increasingly bizarre behavior at a small prep school in Maine peaks in a wild trip to New Orleans that leaves him in a mental hospital. The novel explores the depressive and manic sides of bipolar disorder, climaxing in a trip to the top of the bridge from which Jeremy's aunt had leaped to her death many years ago.