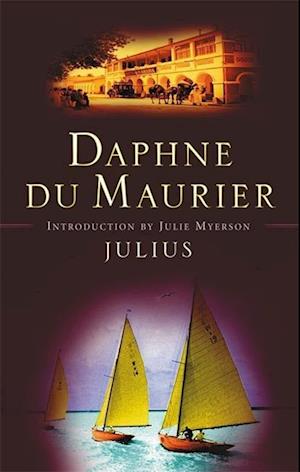 'His first instinct was to stretch out his hands to the sky. The white clouds seemed so near to him, surely they were easy to hold and to caress, strange-moving things belonging to the wide blue space of heaven . . . 'Julius Levy grows up in a peasant family in a village on the banks of the Seine. A quick-witted urchin caught up in the Franco-Prussian War, he is soon forced by tragedy to escape to Algeria. Once there, he learns the ease of swindling, the rewards of love affairs and the value of secrecy. Before he's twenty, he is in London, where his empire-building begins in earnest, and he becomes a rich and very ruthless man. Throughout his life, Julius is driven by a hunger for power, his one weakness his daughter, Gabriel . . . A chilling story of ambition, Daphne du Maurier's third novel has lost none of its ability to unsettle and disturb.

Forfattere
Bibliotekernes beskrivelse A chilling story of ambition, Daphne du Maurier's third novel has lost none of its ability to unsettle and disturb.