Julius Zebra: Bundle with the Britons! 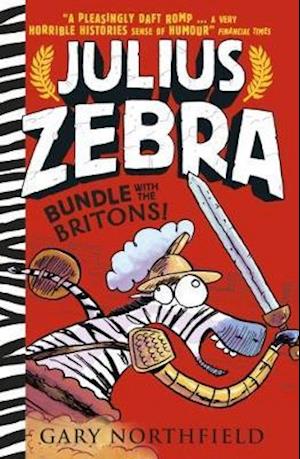 From celebrated author and illustrator Gary Northfield comes the exciting, hilarious and action-packed second title in this brilliant chapter book series, brimming with Roman facts.After the huge success of Rumble with the Romans!, celebrated author and illustrator Gary Northfield creates another brilliantly fast-paced, funny and utterly bonkers adventure for Julius Zebra and his hapless pals to go on. Emperor Hadrian has one last favour to ask of the gladiator animals before he will grant them their greatest wish - freedom. They must go to the far-off and strange land of Britain to win over the crowds of his empire. But this will be no happy-go-lucky holiday... Instead of buckets and spades, our stripy hero and his friends will need all their powers and wits about them if they're going to survive their most wild and rebellious opponents yet. Cram-packed with jokes and bursting with action, this is a hilarious romp and mad-cap introduction to Roman Britain.