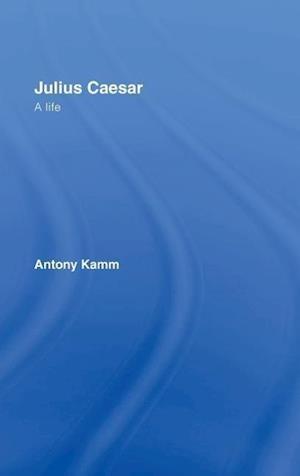 This is a fresh account of Julius Caesar - the brilliant politician and intriguing figure who became sole ruler of the Roman Empire.Julius Caesar examines key figures such as Marius, Sulla, Cicero, Mark Antony, Gaius Octavius (emperor Augustus), Calpurnia and Cleopatra, as well as the unnamed warriors who fought for and against him, and politicians who supported and opposed him. Including new translations from classical sources, Antony Kamm sets Caesar's life against the historical, political and social background of the times and addresses key issues:Did Caesar destroy the Republic?What was the legality of his position and the moral justifications of his actionsHow good a general was he?What was his relationship with Cleopatra?Why was he assassinated?What happened next?This is Caesar - the lavish spender, the military strategist, a considerable orator and historical writer, and probably the most influential figure of his time - in all his historical glory.Students of Rome and its figures will find this an enthralling, eye-opening addition to their course reading.