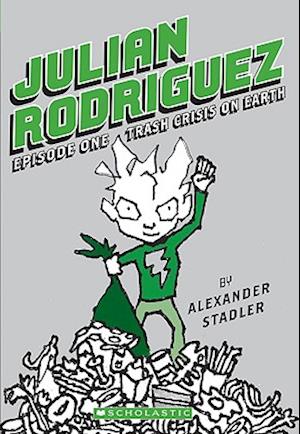 It's out of this world The first in a hilarious, fully illustrated series for young chapter-book readers, now in paperback. Julian Rodriguez is on a mission for the Mothership. He's been sent to Earth to study human lifeforms and their bizarre habits--from their disgusting diet (orange sticks named carrots, flavorless liquid called water, and the revolting substance known as vegi-dogs) to their repressive treatment of their young (forcing them to carry out menial tasks known as chores, withholding access to the great cultural masterpieces called cartoons). When Julian's Maternal Unit assigns a hideous task, it's nearly too much for the hardened space veteran to bear--but he finds his courage at last.