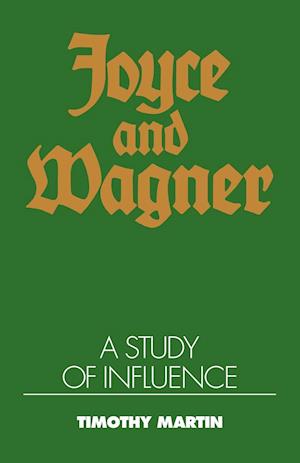 In correspondence and conversation, James Joyce kept himself aloof from his age, and denigrated recent art and thought at almost every opportunity. 'In the last two hundred years,' he declared, 'we haven't had a great thinker.' This book reveals that in spite of his protestations Joyce was profoundly influenced by one of the major figures of nineteenth-century culture, the composer Richard Wagner. Timothy Martin documents Joyce's exposure to Wagner's operas, and defines a pervasive Wagnerian presence in his work, identifying scores of allusions. Wagner emerges as an important source in the development of literary modernism, and - alongside Flaubert and Ibsen - as one of Joyce's most important influences from the previous century. The revisionary impact of this empirical study in cultural history was to present Joyce as far more a child of the nineteenth century than he wished to acknowledge, much more than Joyce's students historically recognised.