Journey to the Middle of the Forest 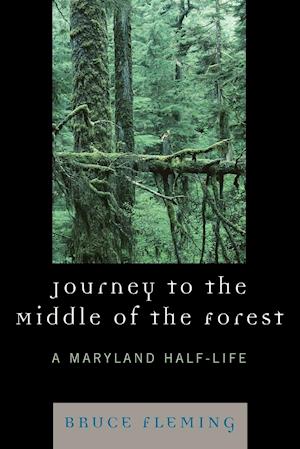 What is the taste of life as we really live it, rather than the way we imagine it in others? What does it feel like to become aware of the hand of cards we've been dealt, to play them as well as we can, to understand what has happened to us, and to try to control the future? Journey to the Middle of the Forest answers these questions in a way that celebrity memoirs, where events seem so much more intense than happenings in our own lives because of our perspective and the writer's fame, cannot. In Journey to the Middle of the Forest, Bruce Fleming considers the slippages between presupposition and reality in a life begun and continued in Maryland, with intervals in pre-civil war Rwanda, the walled-in city of West Berlin, and the central European Freiburg im Breisgau, once Austrian, then part of the Duchy of Baden, now part of Germany. Like all lives, it has its crises-more, it may be, than an average life: a childhood marked by an alcoholic and abusive father, a marriage gone horribly awry, an autistic child and a bipolar stepchild, a dragged-out divorce, the death of a brother to AIDS, and the re-tooling of hopes to meet the new givens of the world. And, then re-marriage, two little boys, and the threat of childhood leukemia. Fleming's intense and vivid memoir asks us to consider this fundamental question: Do we gain wisdom as we age? We may tell ourselves we do, as a way of summarizing what's happened to us: we figure everything we've been through has to be good for something. But if we do become wiser, it's not with a wisdom that can help us with any subsequent challenge-and the challenges never cease. Life gets no easier as we age, we just get deeper into the forest.