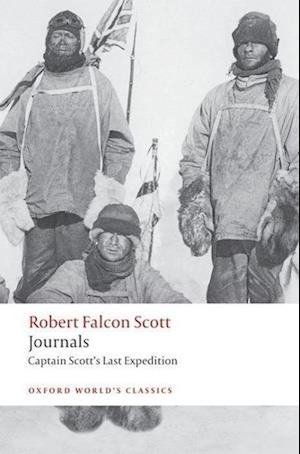 'For God's sake look after our people'Captain Scott's harrowing account of his expedition to the South Pole in 1910-12 was first published in 1913. In his journals Scott records his party's optimistic departure from New Zealand, the hazardous voyage of theTerra Nova to Antarctica, and the trek with ponies and dogs across the ice to the Pole. On the way the explorers conduct scientific experiments, collect specimens, and get to know each other's characters. Their discovery that Amundsen has beaten them to their goal,and the endurance with which they face an 850-mile march to safety, have become the stuff of legend.This new edition publishes for the first time a complete list of the changes made to Scott's original text before publication. In his Introduction Max Jones illuminates the Journals' writing and publication, Scott's changing reputation, and the continued attraction of heroes in our cynical age. ABOUT THE SERIES: For over 100 years Oxford World's Classics has made available the widest range of literature from around the globe. Each affordable volume reflects Oxford's commitment to scholarship, providing the most accurate text plus a wealth of other valuable features, including expert introductions by leading authorities, helpful notes to clarify the text, up-to-date bibliographies for further study, and much more.

Forfattere
Bibliotekernes beskrivelse Captain Scott's own account of his tragic race with Roald Amundsen for the South Pole thrilled the world in 1913. This new edition of his Journals publishes for the first time a complete list of the changes made to Scott's original text before publication. 17 halftones, diagrams, 3 maps