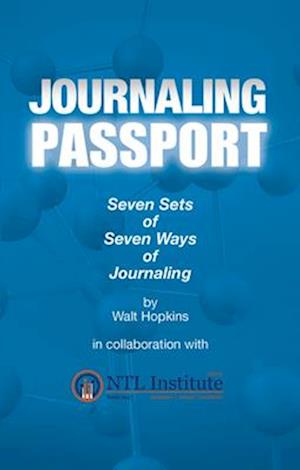 Walt Hopkins' JournalingPassport is a practical yet inspiring guide to keeping a Journal, which canbecome a lifelong, rewarding 'habit'.Walt's sets of Seven Learnings come from the idea of SevenLaws - which he first learned about in a wonderful book by Michael Phillipscalled The Seven Laws of Money. He tells of the ancient Taoist tradition ofdeveloping seven laws by starting at the centre and then moving through aseries of polarities to something that transcends the sequence.Since Walt prefers Learnings instead of Laws, he uses theTaoist process to develop Seven Learnings about whatever he is learning. ThisPassport is a summary of what he has learned in the past 59 years of keeping aJournal. These are not laws. These are learnings that may - or may not - work foryou as you write in your own Journal. Here are Walt's Seven Learnings aboutJournaling:1. Write Now - 2. Write Regularly - 3. Write Irregularly -4. Write What I Think - 5. Write How I Feel - 6. Go Beyond Writing - 7. Live toWrite

Forfattere
Bibliotekernes beskrivelse WaltHopkins' Journaling Passport is apractical yet inspiring guide to keeping a Journal, which can become alifelong, rewarding 'habit'. It is a summary of what he has learned in the past59 years of keeping a Journal. These are not laws. These are learnings thatmay - or may not - work for you as you write in your own Journal.